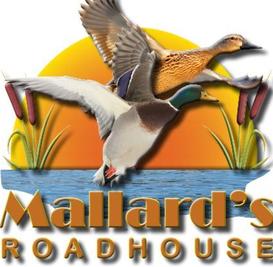 The owners of Mallard's grew up in the Golden Valley and they came back to serve the community quality food & beverage with superior customer service.

High quality food, beverage, and service will be showcased daily at Mallard's Roadhouse! 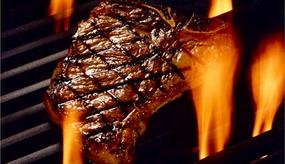 Check out our Menu! 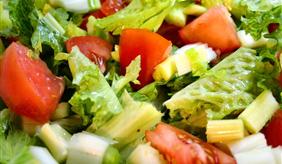 Owners Chad Beaty and Creston Peck are no strangers to the restaurant industry.  After over a decade of owning Woody’s Seafood Saloon in St. John, USVI with his brother Todd, Woody’s was sold and the world was delivered two great restaurants.   Todd stayed in the USVI to open Cruz Bay Landing (an amazing restaurant and Island that are both must visits!) and Chad snagged his good looking & talented Kitchen Manager Creston Peck to join him in a new quest.  That brought them both back home to Clinton, Mo where their families have lived for over a century.

As Chad was exploring his next move back home in Clinton, like magic an opportunity came up that would allow him to purchase one of his favorite stomping grounds, Graffities Bar & Grill.    The bones of Graffities still exist underneath the massive remodel that grew into Mallard’s Roadhouse.  Chad & Creston partnered to build a menu that would fit the awesome new structure that would sit right off Highway 7.   Keeping Graffities world famous Tenderloin sandwich on the menu since the doors opened on November 4th, 2013. (**not sure on that date).

How about that name?   Chad, an avid hunter (ducks are amongst the many animals he seeks), started talking about the “Mallard’s” concept before even starting classes at Southwest Missouri State University (now Missouri State) in Springfield, Mo.  His original dream long before he finished his Bachelor’s degree in  Hospitality/Restaurant Management was to buy the old “Mazzios/Harry’s” building in front of Wal-Mart and turn it into Mallard’s.  Approximately 20 years later this dream came true in a big form, and with the best business partner he could ask for.   Stepping inside Mallard’s Roadhouse will make you feel like you entered a beautiful hunting lodge out in the woods or were up in Springfield, Mo visiting the original Bass Pro Shop itself.

Chad and Creston work to constantly improve their menu, food, and the service they provide.   In 2019, they decided to add another Clinton gem to their portfolio, purchasing another old stomping ground and turning it into Center Street Bar & Grill.   Coldest beer in town (actually tied with Mallard’s).  Stop in and get a cold beer & some great food at either location, you will not regret it!